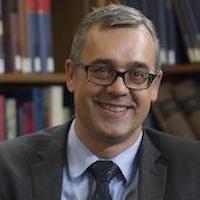 He moved to The University of Liverpool in 1994 where he taught until 2013 before coming to Brown as Professor of Classics. He teaches courses in Greek history and literature at undergraduate and graduate level and has directed and taught international graduate programs in epigraphy at Oxford University and the British School at Athens.